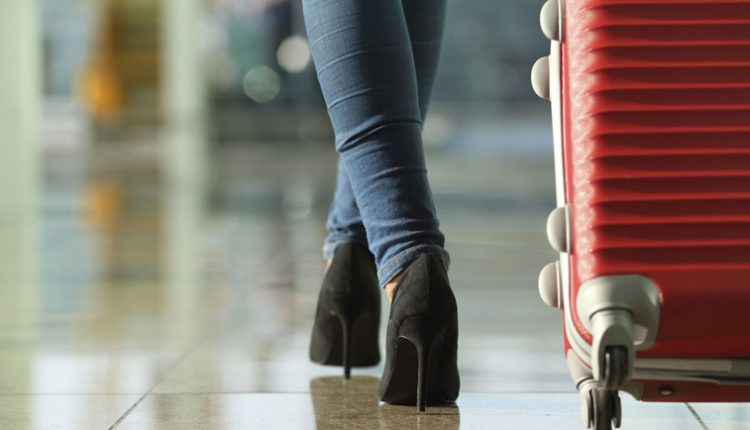 Long Travelling (More than 4 Hours) and the Leg Vein Thrombosis

The long travelling by car, train and especially plane can cause the leg vein thrombosis.

The exact location of the thrombosis is usually in the deep veins of the leg and its major cause is the long-term sitting and immobilization. In

the air travelling, other factors such as the pressure and the cabin oxygen levels decrease are also involved. If the thrombosis occurs,

gradually there will be the leg pain and swelling, along with the mild redness. These symptoms may occur during the travelling or after

reaching the destination. Doctors have considered the relationship of the travelling with the vein thrombosis since 1946. A 59 years old

doctor who had the mentioned symptoms after the 12 hours air travelling was the first officially reported medical case in 1954. Studies have

shown that one case would cause the thrombosis among the six thousands long travelling. The leg thrombosis can have serious side-effects.

The most dangerous side-effect would be the pulmonary embolism. The leg thrombosis may move up in the direction of the blood flow,

causing the pulmonary artery. In this case, the patient would have the respiratory symptoms. The leg swelling is a chronic thrombosis`s

side-effect. The swelling caused by the thrombosis would remain for years, causing a brown color of the skin. Being older than 40 years,

travelling more than 4 hours, repeating the travelling in less than 2 weeks, pregnancy up 2 months after the delivery, obesity, cancer, the

among the factors increasing the possibility of the leg thrombosis while travelling.

those who are more in danger are effective in preventing the leg thrombosis while travelling. In the case of the previous leg thrombosis

background, the family leg thrombosis background, a major surgery, the hip and knee surgery 3 months prior to the travelling, and the

stroke background, consult your doctor before travelling. Maybe enoxaparin (subcutaneous injection) is prescribed to you.

For doing the leg muscles exercises, bend your hips, knees, ankles and fingers every half an hour. Press the tip of your toes and then your

heel to the floor for a few seconds every half an hour. Take a short walk if possible every hour. 15-minutes’ walk immediately after the

travelling would improve the general blood flow, especially in the legs. If the painful swelling of the leg (it may be accompanied by the

redness of the skin) occurs after the travelling, visit your doctor immediately. Of course the mild swelling of the foot and around the ankle

without any pain is normal after the travelling and it is not related to the thrombosis. If the respiratory symptoms such as the asthma occur

after the travelling, visit your doctor immediately.

This article was written by doctor Aqdasi in Health paper on August 2010.

Attention to the following points please:

The Following People Should Consult Their Doctors before Their Long Travelling.

The pregnant women up to 2 months after the delivery, the women who take the oral contraceptives, the patients with heart diseases,

fracture or who are in plaster, those with varicose veins, the obese, people who are in the risk of dehydration (dehydration), patients who

have had the watery diarrhea, the patients taking the diuretic drugs (the diuretic) such as furosemide, triamterene H, or hydrochlorothiazide,

and the patients with the motion limitations for any reason.

What Is Good During the Long Travelling!

consuming plenty of beverages (except the alcohol, caffeine, coffee or the strong tea), at least moving your feet and don`t cross your legs

at the knees or the ankle, moving your legs at the toes, the ankles and knee joints regularly (at least every half an hour), taking a short walk

every hour if possible, and breathing deeply frequently.

The Suitable Preventive Socks While Travelling:

Wearing the below-knee socks with about 18 MmHg, prescribed in the case of ccl1- AD is suitable. If it is not available, you can wear any

What Is Not Good During the Travelling!

Wearing the tight clothes and the seat belt, taking the hypnotic drugs, consuming the alcohol, putting the luggage next to the legs in a way

that prevents the leg free motion.

At the End of the Travelling?!

Immediately after the travelling, take a walk for a few minutes. If the following symptoms occur, visit your doctor immediately.

Abnormal painful and swelling of the ankle.

Note: The Effect of Aspirin as a Preventive Coronary Thrombosis While Travelling Has Not Been Proved. Therefore, It Is Not

Smoking. Smoking affects blood clotting and circulation, which can increase your risk of DVT.

A smoker is anyone who has smoked 100 cigarettes in lifetime and currently smokes some days or every day. You may already know that

smoking raises your risk of heart disease, but the damage caused by smoking is not limited to your heart. The harmful chemicals in cigarette

smoke affect all the blood vessels in your body, putting you at risk for blood clots in the veins (DVT and pulmonary embolism) as well.

Smoking triggers changes in your blood and veins that increase your risk of blood clots. The chemicals in cigarette smoke make the blood

thicker and more likely to form clots. Smoking also reduces blood flow to the arms and legs, creating slow-moving blood that is prone to

Yes. One large Danish study found that one who quit smoking had the same DVT risk as who had never smoked. This may be because

smoking makes your blood more likely to clot, an effect that gradually disappears after you quit.

If you have already been diagnosed with vein disease, it is not too late to benefit from quitting smoking. People with chronic vein disease

who quit smoking have a lower risk of serious complications such as leg ulcers.

For the Study of the Gynaecologists, Taken from the Venous Diseases in Pregnancy – Guidelines for the Professionals Book.

In 1856, Rudolf Virchow postulated the conditions that predispose to the development of venous thrombosis: (1) stasis, (2) local trauma to

the vessel wall, and (3) hypercoagulability. The risk for each, increases during normal pregnancy.

Venous thromboembolism is both more common and more complex to diagnose in patients who are pregnant. The risk of VTE in pregnant

women is four to five times greater than non-pregnant.

Air travelling may cause hyper coagulation due to cabin atmospheric conditions, with immobility and flight duration playing a major role.

Prophylactic measures include avoidance of constrictive clothing around the lower extremities or waist, maintenance of adequate hydration,

If active thromboprophylaxis is considered because of a perceived high risk of VTE, we suggest the use of properly fitted, below-knee GCS,

providing 15 to 30 mm Hg of pressure at the ankle (Grade 2C), or a single prophylactic dose of LMWH injected prior to departure (Grade

2C).For long-distance travelers, we recommend against the use of aspirin for VTE prevention (Grade 1B).

The present guideline considers all long distance (more than 4 hours) travel (not exclusively by air) to be a risk factor for VTE in pregnancy.

This essay is translated by Mojgan Salmani

What Can I Expect During My First Visit to the IranVein Varicose Clinic?

What Can I Expect During My First Visit to the IranVein…